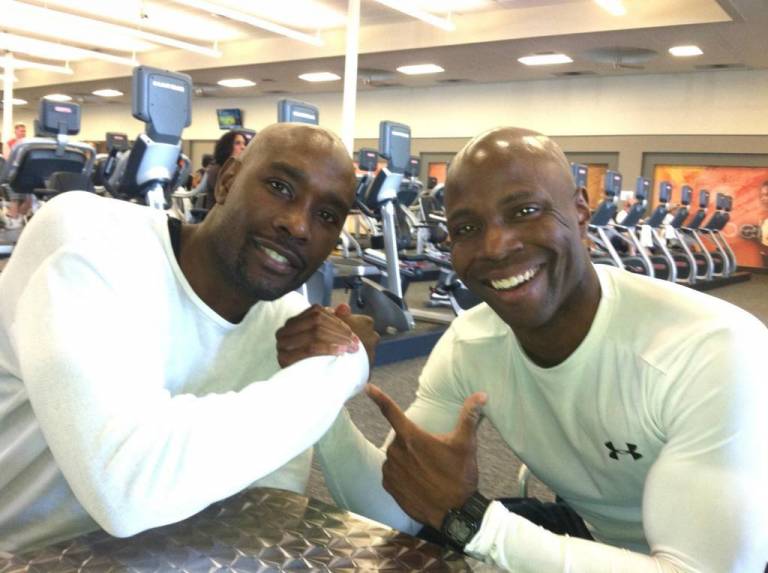 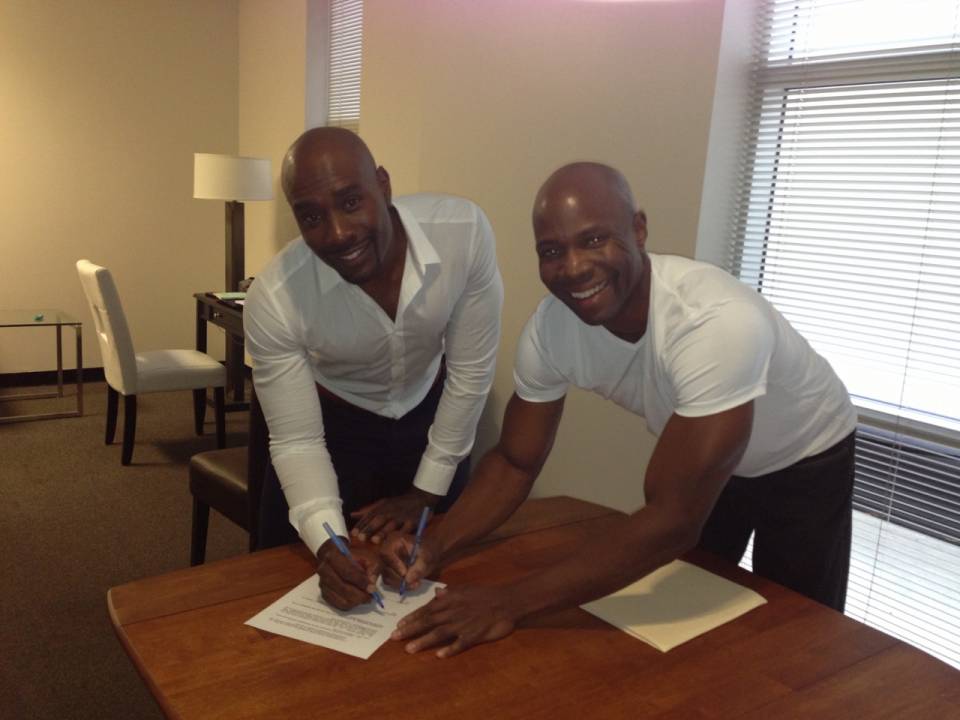 Grand Central Life & Style, an imprint of Grand Central Publishing, a division of Hachette Book Group, is excited to announce the acquisition of a new book that will offer a groundbreaking health and fitness plan to help readers lose up to 40 pounds in 12 weeks by actor, Morris Chestnut, and celebrity fitness trainer and nutrition expert, Obi Obadike. Sarah Pelz, Executive Editor of Grand Central Life & Style, acquired world English rights from Katherine Latshaw of Folio Literary Management. The as-yet untitled book has a scheduled publication date of spring 2017.

When Morris Chestnut hit the media circuit to promote his latest blockbuster movie, The Best Man Holiday, hosts and producers didn’t want to hear about the movie as much as they wanted to talk about his incredible physical transformation. Not long before shooting that film, Morris was in the worst shape of his life—30 pounds overweight, avoiding the gym and frequenting the drive-through. He turned to celebrity trainer Obi Obadike to help him turn things around in time for the movie, and the results speak for themselves. Morris went from a soft 220 pounds to a ripped 187 in 12 weeks, and audiences haven’t stopped raving about his new look, or asking how he achieved it! Now Morris and Obi are teaming up to share this groundbreaking and completely accessible program. Part fitness and part weight loss plan, this diet is designed to help readers lose pounds and trim inches quickly. Featuring Morris’s personal exercise and diet plan as well as success stories from dozens of everyday people who have lost weight and kept it off, this book will be a life-changer, helping readers reclaim their bodies and their lives for good.

Of the acquisition, Pelz said, “Morris Chestnut may look like he comes by his camera-ready abs naturally, but the truth is he occasionally struggled with his weight until Obi Obadike helped him get into the best shape of his life. This revolutionary program is going to change lives, and I’m proud and excited to be publishing these two dynamic authors.”

Morris Chestnut has enjoyed tremendous critical and commercial success as a film and television star for more than two decades. He is best known for his roles in films such as Boyz n the Hood, The Brothers, The Perfect Holiday, Think Like a Man, the commercially and critically acclaimed The Best Man, and its successful sequel, The Best Man Holiday. Chestnut stars as the title role in Fox’s upcoming series Rosewood as a Miami pathologist who teams up with the police to solve the city’s most challenging cases. The show premieres Wednesday, September 23, at 8:00pm on Fox. On the big screen, Chestnut will next be seen in Sony’s romantic thriller, The Perfect Guy, which releases September 11, 2015. He also wrapped production earlier this year on Screen Gems’ When the Bough Breaks. Chestnut also stars opposite Robert De Niro and Jeffrey Dean Morgan in the heist thriller, Bus 657, directed by Scott Mann. In 2013 he starred opposite Halle Berry in TriStar’s The Call. That same year, he also starred in Universal’s Kick-Ass 2 opposite Jim Carrey and Chloe Moretz, and the studio’s tent pole summer comedy, Identity Thief, with Melissa McCarthy. His television credits include TNT’s Legends, FX’s American Horror Story, and Showtime’s Nurse Jackie.

Obi Obadike is a celebrity fitness and nutrition expert and trainer who has graced the cover of over fifty fitness magazines and has written over 100 articles, making him one of the most published fitness experts over the last 7 years. He was named Writer of the Year for Bodybuilding.com, and he was recently recognized by Sharecare.com as one of the top ten most influential fitness experts on the web. He is a co-judge on the new fitness reality competition show, Sweat Inc., premiering on Tuesday, October 20 at 10:00pm PST/9pm CST on Spike TV, which is also hosted & judged by Jillian Michaels & co-judged by Randy Hetrick, Founder & CEO of TRX. Obi is also the co-host of a nationally syndicated Health TV show called Lifestyle Magazine which airs every Thursday on TBN at 10:30am PST and on other nationally syndicated networks. This health show is aired on TBN in 190 different countries globally. Obi was a Top Division I collegiate track athlete at Cal State Fullerton where he was the school record holder in the 100 and 200 meters & 400 relay. He was also co-athlete of the year at the university and he holds B.A.B.S and M.S. degrees.

Grand Central Life & Style’s mission is to publish the most exciting and authoritative authors and brands in the lifestyle and wellness categories, including cooking, style, diet, fitness, self-help, and relationships.

Hachette Book Group is a leading trade publisher based in New York and a division of Hachette Livre, the third-largest trade and educational publisher in the world. HBG publishes under the divisions of Little, Brown and Company, Little Brown Books for Young Readers, Grand Central Publishing, Orbit, Hachette Books, Hachette Nashville, and Hachette Audio.