Can African-Americans or Ethnic Fitness Models Succeed In The Fitness Industry?

Can African-Americans succeed in the fitness industry?  How hard is it really? If I am ethnic do I even have a chance? I get this email question all the time and so often and I’ve touched on this subject in the past but I’ve never really broken it down in finite detail and the psychology behind it because it is a very sensitive and controversial issue that many people really don’t want to touch on.  And any time you touch on this subject people say you are bringing up the race card.
Here it is:   Well to be frank and honest if you are African-American or ethnic and you have a desire to want to succeed in the fitness industry you have less than a 6 percent chance of realistically succeeding in the fitness industry. All you have to do is count on a couple of fingers of African-American males and females fitness models that are actually having any real success. The reason being is you have a lot decision makers that still have this old out of touch primitive way of thinking that if they put someone of color on a cover that sales may drop or it’s considered a risk or if too many blacks are on the covers too many times per year it could be perceived by consumers or the public as a black magazine which would alienate the majority of the demographic in this country, (white) which are consumers to buy the magazine.
That is the mentality and that is an absolute incorrect perception. It is pretty ignorant and silly that this type of thinking still goes on in 2012. Most of the magazines that are open to doing it will typically just put that one ethnic cover quota for the year out of 12 months. And ethnic basically encompasses black, Asian, latin, etc. which gives you even a lower percentage because of that one ethnic selection out of the year may not even be African-American as it could be Asian, latin,etc. That means out of the 12 months out of the year that a magazine that is open to putting one ethnic fitness model on their cover you have less than a 6 percent chance out of the year to land that cover if you are African-American. That is a very low percentage and then landing endorsement contracts is even a much lower percentage than that. 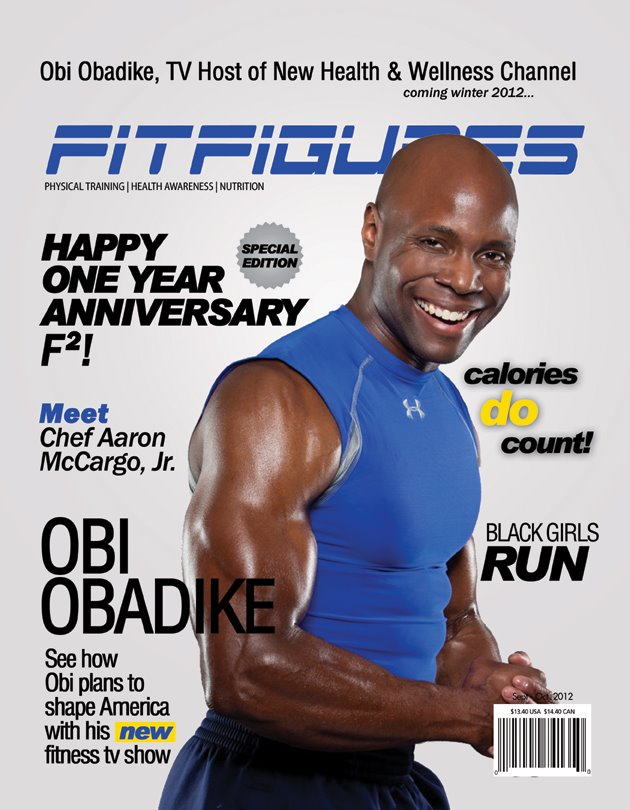 Unfortunately you have decision makers that look at the 13.4 percent of the population of the country that is African-American and think they have to appeal to the majority demographic of the country which is 78.1% white when honestly majority of the consumers that buy magazines in the country that want to stay in shape and gain motivation really don’t care what color or ethnic person is on the cover anymore. They really just want to be motivated to be in shape and find great educational fitness content that can help them stay fit in their respective lives.
I really don’t think that if a consumer sees three issues in a row where the cover model is African-American that they are going to say, “I will never buy that magazine again because that’s too many back to back to back black covers in a row. “What’s going on here?”
If you look at some of the most successful sports organizations that is marketed through national television, radio, magazines that is predominantly African-American they generate billions and billions of dollars a year. Point being is the NBA- National Basketball Association. The NBA is a global league and organization. It is a predominantly African-American league where 83 percent of the league is African-American. It is a multi-billion dollar global organization.
If you look at the NFL- The National Football League organization- 68 percent of the NFL is comprised of African-American athletes and that is another multi-billionaire dollar organization that is marketed by national radio, television, magazines, etc.  These are two of the biggest forms of entertainment on television and on radio for this country which is comprised of predominantly African-American athletes. The success of Nike and the organization before it became a big global hit was based on one African-American athlete named Michael Jordan who singlehandedly took the company to incredible heights.  He was the most successful influential figure in the world in regards to the success of Nike per CEO OF Nike Phil Knight’s words.  Without Michael Jordan Nike would still be trying to get the top!
One year after the company signed him to an endorsement contract it topped one billion dollars in sales for the first time. I know this because I did an in-depth research article on this company a couple of years ago called the “Evolution of NIKE” that was published in a fitness magazine. The success of those 3 billion dollar empires alone which comprises of the majority of those organizations being pre-dominantly African-American illustrates vivid examples that fitness magazine sales will never drop and supplement companies won’t go down under if you even attempt to incorporate at least 30 to 40 percent of African-American fitness models or ethnic fitness models in major supplement ad campaigns, contracts and on fitness magazine covers.
The point is not to discourage you but to be 100 percent frank and honest of the reality of this industry and how it applies to you if you are African-American or ethnic. Hopefully within time that misperception will change by some of the decision makers but until it does that is some realistic statistics you are dealing with in regards to your potential fate in this industry.   If you are lucky to have any real success in the industry based on how low that percentage is then you are a very resilient, patient, unique and special individual. Any success that you can possibly attain in this fitness industry multiply it by 4 or 5 and that’s how much success you would have if the industry wasn’t the way it was and that’s the god honest truth.
By Obi Obadike|2012-10-02T15:07:17-05:00August 20th, 2012|General Blog|4 Comments