For the fitness enthusiast that is confused what they can really achieve naturally.

Arnold Schwarzenegger has one of the best genetics ever and I think he is a great template to use as a guide if you are trying figure who is natural vs who isn’t.

Especially if you have fitness gurus that you follow that will say they are natural when the scientific fat free mass index says they are probably not. As well as the naked eye.

It is considered arguably his best shape ever. This is clearly not attainable naturally in terms of this lean muscle mass for his frame and height without PED’s.

He has admitted when he was competing he wasn’t natural as all people know. And if you put his 6’2” 240lbs with a 6 to7 BF% in the fat free mass index it pops out at 28.9 which is clearly above 25. And anything clearly above 25 is indicative of somebody taking PED’s to increase their muscle mass.

Now look at the picture on the right in 1992 with the film Terminator 2 which was filmed probably in 1991 with Arnold. If you just look at his body you can tell he is clearly natural in this pic if you have an acute for this like I do.

And that body is clearly attainable with decent genetics, hard work in the gym and diet. He probably is about 215 here I would say.

If we use Arnold as a template because he has one of the greatest genetics ever. And he couldn’t weigh 240lbs at 6’1” or 6’2” at 6BF% to 7BF% with 225lbs of fat free muscle naturally. And he trained as hard as anybody and won the Mr Olympia 7 times.

What makes you think there is someone out that there that can amass these same dimensions or better? And proclaim that they are natural. Just use basic common sense or use the fat free mass index and put in their height, weight and bf% and it will tell you right away who is and who isn’t.

There is a saying if it quacks like a duck and looks like duck it probably is a duck.

There are some genetic freaks out there that have God given phenomenal muscular bodies.

And once you get to that potential you are trying to minimize muscle loss as you age. And now your goal is to maintain that potential. Contrary to what others may say that there is some unique exercise routine, supplement protocol and diet routine to surpass that genetic potential.

Nobody is from Krypton despite what others tell you there are limits to what you can do achieve naturally.

But the best part about it is if you train hard, eat right and do the right things you can accomplish some amazing things naturally. That is if that is the route you want to take:) 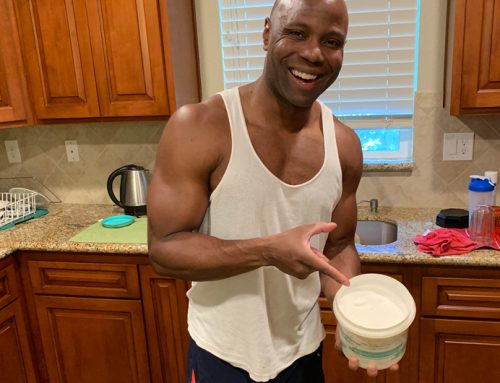